IMDb: 8 2019
Once upon a time, fairies were tools of war. The story takes place in a world where fairies possess and dwell in animals, giving them mysterious ...
ActionAction & AdventureAnimationAnimeBased On MangaCompletedDemonsMagicSci-Fi & FantasyScience FictionSubbedSupernatural

Grimgar of Fantasy and Ash Subbed

Grimgar of Fantasy and Ash Subbed

IMDb: 7.5 2016
When Haruhito awakens, he’s in the dark. He doesn’t know where he is, why is he here, and where he came from. Around him there are ...
ActionAction & AdventureAnimationAnimeBased On MangaComedyCompletedDramaFantasySci-Fi & FantasyScience FictionSubbed

IMDb: 7.2 2015
The year is Post Disaster 323. More than 300 years after a great war between Earth and Mars known as the “Calamity War”, Mars has ...
ActionAction & AdventureAnimationAnimeBased On MangaCompletedDramaMechaSci-Fi & FantasyScience FictionSpaceSubbed

The Heroic Legend of Arslan Subbed

The Heroic Legend of Arslan Subbed

IMDb: 7.1 2015
Arslan is the heir apparent of Pars, a strong nation that sits at the hear of the trade route connecting the East and the West. When the pagan ...
ActionAction & AdventureAdventureAnimationAnimeBased On MangaCompletedDramaFantasyHistoricalSci-Fi & FantasyScience FictionShounenSubbed 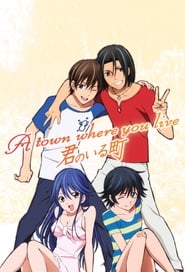 IMDb: 7.4 2013
Kimi no Iru Machi | Haruto Kirishima lived a calm life out in the countryside, away from the fast-paced life of the city. Then Yuzuki Eba ...
AnimationAnimeBased On MangaCompletedDramaRomanceShounenSlice Of LifeSubbed